To share your memory on the wall of W.P. Stafford, sign in using one of the following options:

Provide comfort for the family by sending flowers or planting a tree in memory of W.P. Stafford

Provide comfort for the family by sending flowers or planting a tree in memory of W.P. Stafford

Print
Graveside services for W.P. Stafford, 83, of Covington, will be conducted at 11:00 A.M., Thursday, September 17, 2020 in the Kimball Cemetery in Bosque County. Reverend Brad Slaton will officiate.

W.P. Stafford passed away September 12,... Read More
Graveside services for W.P. Stafford, 83, of Covington, will be conducted at 11:00 A.M., Thursday, September 17, 2020 in the Kimball Cemetery in Bosque County. Reverend Brad Slaton will officiate.

W.P. Stafford passed away September 12, 2020 in Covington. He was born November 17, 1936 in Cleburne to William Jasper and Cora (Johnson) Stafford. He graduated for Rio Vista High School and served in the Army. He married Joann Wilson on September 1, 1958 in Ardmore, Oklahoma. W.P retired from the Santa Fe Railroad after 30 years of service. He was a Diesel Gang Foreman who never lost his love for his job.

Survivors include his wife of 62 years, Joann Stafford; his twin, J.C. Stafford and wife, Cecileen; many nieces, nephews, a host of other relatives and friends who will miss him.

To send flowers to the family or plant a tree in memory of W.P. "Dub" Stafford, please visit our Heartfelt Sympathies Store.

Receive notifications about information and event scheduling for W.P.

We encourage you to share your most beloved memories of W.P. here, so that the family and other loved ones can always see it. You can upload cherished photographs, or share your favorite stories, and can even comment on those shared by others. 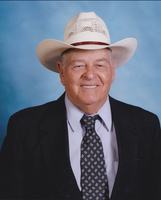