To share your memory on the wall of Willie Mae Duff, sign in using one of the following options:

Provide comfort for the family of Willie Mae Duff with a meaningful gesture of sympathy.

Willie Mae (Craft) Duff was born January 18, 1929 and passed from this life January 2, 2020. She lived 90 years, 349 days. Most of her family and friends just called her Bill, but Jeannie, Steve, Kristy, Troy and Susie, they just called her MOM.

Bill was raised in a very large family in the delta of Mississippi, and was the last surviving child of Maximilian and Bertha Cockrell who preceded her in death.

Bill was preceded in death by her husband and father of her children, Lee Leonard Craft. She was also preceded by one daughter, Patricia Diane Craft, who died in infancy. In 1994 she married J.D. Duff. They had 14 wonderful years until he passed in 2008. She was preceded by one son-in-law who she loved for 23 years, Alvin Ricky Holloway.
Read Less

We encourage you to share your most beloved memories of Willie Mae here, so that the family and other loved ones can always see it. You can upload cherished photographs, or share your favorite stories, and can even comment on those shared by others.

Flowers were purchased for the family of Willie Mae Duff. Send Flowers 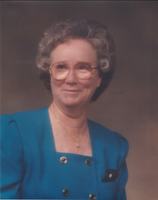