To share your memory on the wall of Rudolph Richerson, sign in using one of the following options:

Rudy Richerson was born September 28, 1926 in Cleburne, Texas to Ruben Martin and Bessie Lula (Craig) Richerson. He enlisted in the U.S. Army September 27, 1946 and was discharged January 1948 in Seattle, Washington. He was a retired Machinist.

Rudy enjoyed Chicken Express and visiting Walls Hospital to have lunch with all his friends there. Reading the Bible, and visiting neighbors were things that he found important. Playing solitaire and listening to the Rangers games on the radio were some of his favorite pastimes.

He was preceded in death by his parents; cousin, Paula Jowel; and friend, Charlie Lyons.
Read Less

To send flowers to the family or plant a tree in memory of Rudolph M. "Rudy" Richerson, please visit our Heartfelt Sympathies Store.

We encourage you to share your most beloved memories of Rudolph here, so that the family and other loved ones can always see it. You can upload cherished photographs, or share your favorite stories, and can even comment on those shared by others. 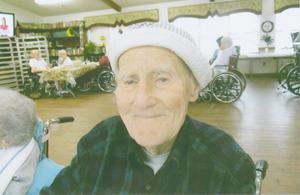