To share your memory on the wall of Robert Rinehart, sign in using one of the following options:

Robert Rinehart was born December 21, 1947 in Cleburne, Texas to Perry Lee and Willie B. (Wells) Rinehart. He married JoAnn Bettinger on July 8, 1966 in Azle, Texas. He was a retired inspector for Bell Helicopter.

He was preceded in death by his parents; son, Ronald Dwayne Rinehart in 2008; and grandson, Cord Gregory.
Read Less

To send flowers to the family or plant a tree in memory of Robert Wesley Rinehart, please visit our Heartfelt Sympathies Store.

David and Cathy Graff sent flowers to the family of Robert Wesley Rinehart.
Show you care by sending flowers

David and Cathy Graff purchased flowers and planted a memorial tree for the family of Robert Rinehart. Send Flowers 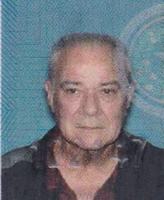