To share your memory on the wall of Robert McMinn, sign in using one of the following options:

Robert was a good father, son, and brother. A Paschal H.S. 1967 graduate, Robert led a very interesting and fulfilling life. He was a successful businessman with many interests. He began as a paperboy with the Ft. Worth Star Telegram in the early 60's. He was a Master Mason, member of Terry's Texas Rangers SCV group and Neely's Roughnecks re-enactors Robert was instrumental in creation of the Chisholm Trail Museum in Cleburne, Texas and a member of the Johnson County Historical Commission.

To send flowers to the family or plant a tree in memory of Robert "Mike" McMinn, please visit our Heartfelt Sympathies Store. 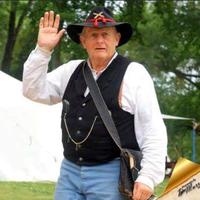