To share your memory on the wall of Randall Baldwin, sign in using one of the following options:

Provide comfort for the family of Randall Baldwin with a meaningful gesture of sympathy.

Randy passed away Monday, October 21, 2019 in Cleburne. He was born May 16, 1963 in Long Beach, California to Melvin Lee and Helen Louise (Copeland) Baldwin. He married Yvonne Lynn Ellis in Parker on March 20, 1994. He retired from the U.S. Air Force, where he was a B52 Flying Crew Chief, after 24 years of service. He was an active member of Calvary Baptist Church.

He was preceded in death by his father, Melvin Lee Baldwin and brother, Les Baldwin.

Memorials may be made to the Air Force Aid Society at www.afas.org or the Multiple Myeloma Foundation at www.myeloma.org.
Read Less

We encourage you to share your most beloved memories of Randall here, so that the family and other loved ones can always see it. You can upload cherished photographs, or share your favorite stories, and can even comment on those shared by others.

Shane, The Moats Family, and others have sent flowers to the family of Randall Kane Baldwin.
Show you care by sending flowers

The Moats Family purchased flowers and planted a memorial tree for the family of Randall Baldwin. Send Flowers

The FTD Comfort Planter was purchased for the family of Randall Baldwin. Send Flowers

Posted Oct 24, 2019 at 04:19pm
Rest in Peace to one of the best B-52 Combat Crew Chiefs I had the privilege of crewing with. You will be missed.
Comment Share
Share via:
LH

Posted Oct 24, 2019 at 03:10pm
I met Randy for the first time on October 20th at church Sunday night. We ate at Ci Ci's after church and we talked about his career in the Air Force working on the B-52s. I am happy that I got to meet this great man who serve his country and his God and his church. Sad that I did not have opportunity to know better.
Comment Share
Share via: 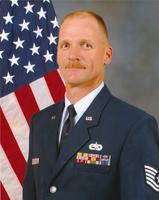