To share your memory on the wall of Pinky Phipps, sign in using one of the following options:

Pinky passed away Friday, June 26, 2020 in Grandview. She was born October 21, 1928 in Fort Spunky, Texas to Pink Turner Hudgins and Oria Elzie (Lawrence) Hudgins. Pinky married Ray Franklin Phipps on November 15, 1945 in Cleburne. She retired from Williams and Dickies (now known as Dickies) after 50 years of service. Pinky was a long time member of North Davis Church of Christ in Arlington and also Westhill Church of Christ in Cleburne. She spoke often of attending the Yellow Jacket games back in the 1950’s and loved to be around her family.

To send flowers to the family or plant a tree in memory of Pinky Eudean Phipps (Hudgins), please visit our Heartfelt Sympathies Store.

Receive notifications about information and event scheduling for Pinky

We encourage you to share your most beloved memories of Pinky here, so that the family and other loved ones can always see it. You can upload cherished photographs, or share your favorite stories, and can even comment on those shared by others.

Posted Jul 06, 2020 at 03:42pm
I enjoyed getting to know Pinky on our visits (Westhill Church of Christ Ladies Class) to Grandview Nursing Home.
So sorry for your loss. She will be missed.
Comment Share
Share via:
FA

From the Bakers Joe, Sandra, Sue and Amy

From the Bakers Joe, Sandra, Sue and Amy purchased flowers for the family of Pinky Phipps. Send Flowers

Posted Jul 03, 2020 at 02:30pm
I remember when I was very young, going to Uncle Pinks and Aunt Elsies..it was like going back in time. I loved seeing them and the farm and fields. Aunt Elsie was my granddaddy Babe Lawrence's sister. My memories of Eudene were our family reunuions..what good times we all had.. Then, later when she and Joyce came to visit at Ora Lee's, both on their walkers..but they didn't let that slow them down.. what a nice lady.
Comment Share
Share via:
BG

Posted Jul 03, 2020 at 12:34pm
Our thoughts and prayers are with you. We loved Eudeen and all of y'all! We decided to get this memorial tree as a lasting tribute to her.

Posted Jul 02, 2020 at 06:42pm
Sending my love and condolences. I have such good memories of Eudeen and all the kids that were still at home, from our childhood when Mother would take us to see Uncle Pink and Aunt Elzie on through our lives when we would meet at the Family Reunions every year! For those that might not know. Aunt Elzie was my Grandfather's older sister. His name was Henry "Babe" Lawrence. Our Mother was Opal Lawrence Whitworth. We always had fun at the George's Creek Tabernacle, getting to see all the families we hadn't seen in a year, playing in the mountain of silica sand down by the creek, and having a great meal. Eudeen was only about 7 years older than me. Then later on the Reunion was held at Mother's sister, Ora Lee LeBoeuf's river bottom in Rainbow. After they were held there for decades it was moved to the Citizen's Center in Glen Rose so it could be indoors. The reunions were held on one of the hottest days of the year, just before Labor Day! Never knew why they picked that day! As everyone got older it was just too hot outside to do it anymore. That got too expensive so my sister, Betty Ann then started having it at the Community Center and it worked out good for a few years but a lot of us got too many health problemsto go. I can't go anymore and a lot of others have passed away or are not able. Now it seems to be funerals are the only place where we get to see family and I haven't been able to do that for a couple of years.

I pray for y'all to have comfort and strength to get through these hard times. I have found there is nothing like good memories to get through the loss. I love all of you! Joyce I will call one day and we will visit for a while! 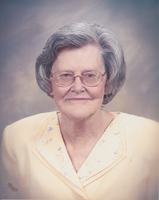