To share your memory on the wall of NITA SIMMONS, sign in using one of the following options:

Nita Simmons passed from this life to God’s eternal care in heaven on June 2, 2020 in Mesquite. She was born June 5, 1932 in Hico, Texas to James Claude and Ruby Lee (McLendon) Herrin. Nita married Marine Corporal James (Jim) Leon Simmons in 1950. They moved to Mesquite in 1955, where they raised their three children in the very home she remained in until she moved to the Cambridge Court Memory Care Community.

Nita was a Cub Scout and Band Mom. She was a member of the Mesquite College and Locust Church of Christ since 1955 and helped with Sunday School and nursery activities. She never met a person to whom she wouldn’t provide a helping hand, a listening ear and words of encouragement. Nita worked for the Mesquite ISD for 25 years.

Nita is preceded in death by her husband; brother, Melvin Herrin and sister, Quatia Herrin.


In lieu of flowers, the family requests that donations be made to St. Jude Children’s Research Hospital (stjude.org).

The service can be viewed on You Tube by going to the Crosier-Pearson Cleburne page.
Read Less

To send flowers to the family or plant a tree in memory of NITA SIMMONS, please visit our Heartfelt Sympathies Store.

Receive notifications about information and event scheduling for NITA

We encourage you to share your most beloved memories of NITA here, so that the family and other loved ones can always see it. You can upload cherished photographs, or share your favorite stories, and can even comment on those shared by others.

Posted Jun 08, 2020 at 10:27am
Ricky, Rhonda, Randy, I was so sad to hear of Nitas passing. She was like my second Mom. I am sorry I will not be able to attend the service, but please know that you are all in my thoughts a prayers. I love you all.
Comment Share
Share via: 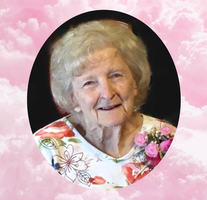