To share your memory on the wall of Michael Popejoy, sign in using one of the following options:

Micheal Lynn Popejoy, 59, of Cleburne, Texas, went to be with his Lord and Savior Wednesday, October 14, 2020 in Azle, Texas at his deer lease doing what he loved. Mike was born December 29, 1960 to Wesley Dwain and Shirley Darlene White Popejoy in Arlington, Texas.

Mike had an adventurous heart and loved getting away to spend time in God’s Country. He was a fiercely competitive bass fisherman, an avid saltwater fisherman and an accomplished hunter, taking and catching many dozens of trophy animals and fish all over North America. He was always a driven person, an extremely hard worker and as generous a person as there is. Mike sought to empower those around him to strive towards a better life.

After graduating Mansfield High, he became a ASC Certified Master Mechanic at 19 for Sears in Fort Worth specializing in front ends. Mike married Carla, his Sweetheart of 40 years in the Summer of 1980. He found joy in loving on and caring for Carla. In 1981, they moved to Groesbeck, Texas with his desire to fish or hunt on a daily basis where Mike grew up spending his summers with his Mawmaw and Pop. He was a loving and faithful father to Byran and Kristy. His children shared his passion for hunting and traveling. Mike enjoyed providing for, spending time, and traveling with his wife, children, and grandchildren.

In 1988, he joined Bell Helicopter as a Test Stand Operator. In the fall of 1994, Mike graduated Pi Tau Sigma for excellency in Mechanical Engineering from The University of Texas at Arlington, as the first in his family to obtain a degree, in addition to coaching little league and providing for his family. He was a Six Sigma Black Belt known industry-wide as an Engineer for Bell Helicopter. Mike was a mentor to many. He enjoyed sharing his interests with others.

To send flowers to the family or plant a tree in memory of Michael Lynn Popejoy, please visit our Heartfelt Sympathies Store.

Receive notifications about information and event scheduling for Michael

We encourage you to share your most beloved memories of Michael here, so that the family and other loved ones can always see it. You can upload cherished photographs, or share your favorite stories, and can even comment on those shared by others.

Shannon Massey, Danielle Markham,Pete Rivard,Jon Wall,Jen Brown,St, and other have sent flowers to the family of Michael Lynn Popejoy.
Show you care by sending flowers

Posted Oct 19, 2020 at 05:42pm
My thoughts & prayers are with you and yours at this time.....Mike was a great educator, friend, and colleague. His passion was an inspirations

Posted Oct 19, 2020 at 12:08pm
Sending prayers of comfort and cherishing the wonderful memories we have working with Mike on the Chery Point test stands.

Posted Oct 19, 2020 at 10:47am
Wishing you peace to bring comfort, courage to face the days ahead and loving memories to forever hold in your hearts. 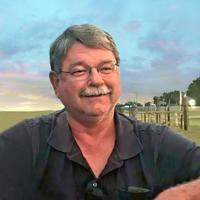