To share your memory on the wall of Michael Lee, sign in using one of the following options:

Michael was a career truck driver. He enjoyed the open road and had been to every state, except Alaska and Hawaii. He could drive anything and was proud of his HAZMAT certifications. He enjoyed camping, fishing and spending times outdoors and with friends.

Michael Lee never met a stranger he couldn’t get along with. He was very opinionated but had a large heart. He made sure he was always available to his younger siblings and was always dependable when needed.

Preceding him in death were his parents, Herman and Hazel Lee; and his sister Patricia.

To send flowers to the family or plant a tree in memory of Michael Richard Lee, please visit our Heartfelt Sympathies Store.

Receive notifications about information and event scheduling for Michael

We encourage you to share your most beloved memories of Michael here, so that the family and other loved ones can always see it. You can upload cherished photographs, or share your favorite stories, and can even comment on those shared by others. 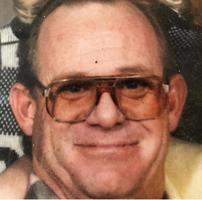