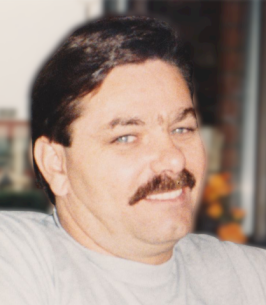 Martin Bielat, 72, passed away on October 15, 2022 at home in Covington, Texas. He was born in Dunkirk, NY at Brooks Memorial Hospital to Frank Bielat, Sr. and Betty (Skelly) Bielat on February 6, 1950.
He grew up on the family farm in Fredonia and was a student at St. Joseph’s Catholic Elementary and Fredonia High School. He enlisted in the Army and served two tours in Vietnam and received the Purple Heart and Bronze Star. He was very proud of his service and the ability to serve his country.
After leaving the Army, he lived in California and began a semi-truck hauling business. He loved the open road and traveled throughout the United States. He eventually planted roots in Texas and worked for various companies including the Dallas Morning News, Owens and the Tarrant County Food Bank. After retiring, he enjoyed living on his farm; tending to the cows, goats, and chickens. Martin was extremely proud of the garden he planted each year, and of course of his family. Did we mention how much he loved to hold and cuddle little babies? They so warmed his heart! All the kids would come rushing toward him when they saw him because they knew he had candy (hidden in his pockets) for them. If he knew he would be seeing them, he made sure to stop at the store and load up! He truly believed in God, Country and Family.
Martin (Marty) is preceded in death by his father, Frank Bielat, Sr.; mother, Betty (Skelly) and his brother, David Bielat and his sister-in-law, Jan McAfee Rogan, who passed away unexpectedly two weeks ago; several aunts, uncles, and cousins.

Service for Martin Bielat will be conducted at 10:00 A.M., Friday, October 21, 2022 in the Crosier-Pearson Cleburne Chapel. Burial will follow in Watts Chapel Cemetery.