To share your memory on the wall of Lonnie Watson, sign in using one of the following options:

Provide comfort for the family of Lonnie Watson with a meaningful gesture of sympathy.

We encourage you to share your most beloved memories of Lonnie here, so that the family and other loved ones can always see it. You can upload cherished photographs, or share your favorite stories, and can even comment on those shared by others.

DAN V SNEDECOR JR, Jeff Gilbert Family, and others have sent flowers to the family of Lonnie Watson.
Show you care by sending flowers

Posted Nov 08, 2019 at 01:05pm
I am from Tallulah, La. and grew up down the street from Lonnie and Ms Sallie. Please accept my warmest condolences in this moment of your lost.

DAN V SNEDECOR JR purchased the The FTD Comfort Planter and planted a memorial tree for the family of Lonnie Watson. Send Flowers

Posted Nov 07, 2019 at 12:53pm
Lonnie and his family lived next door to us as kids. We all grew up with Sabrina and Barrett, and had some great times. Lonnie was probably the nicest, likable guy in our community. Sure gonna miss his always smiling face and extremely strong hand shake. He taught me how to shake hands like a man and look you in the eye. Prayers to the family.
Comment Share
Share via:
JF

The Board and Staff of Members Credit Union

The Board and Staff of Members Credit Union purchased flowers for the family of Lonnie Watson. Send Flowers 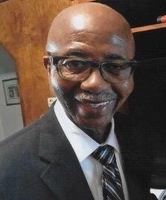