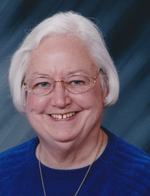 After retirement she and Ben moved to Holy Lake where she enjoyed playing bridge and entertaining. Lila loved birds. Many of the trips she took with Ben centered around bird watching. They later moved back to Arlington Texas and became members of Advent Lutheran Church. She was blessed with the many friends from the library and church.

Lila was a loving wife, mother and loyal friend. She was preceded in death by her beloved husband of 66 years, Ben, her parents and nieces and nephews.