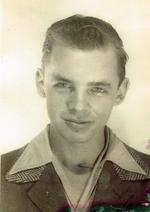 Graveside service for LeeRoy Alvin Leifeste, Jr., 90, of Cleburne, will be conducted at 11:00 A.M., Sunday, May 24, 2020 in Trinity United Methodist Cemetery in Castell, Texas.

LeeRoy pasted away Thursday, May 21, 2020 in Cleburne. He was born July 21, 1929 in San Antonio to LeeRoy Alvin Sr. and Pauleen (Jersig) Leifeste. LeeRoy married Mary Anne Minnick on February 27, 1953 in Fort Worth. He worked as a clerk for Santa Fe Railroad before retiring. He was known for telling jokes and never the same one twice. LeeRoy was known and well respected. He always tried to build people up to better themselves. He was a supporter of children’s home in Cherokee, Texas. He conceptionalized the initial design for Buffalo Creek Improvement.