To share your memory on the wall of James Scarber, sign in using one of the following options:

James Scarber passed away Friday, November 6, 2020 in Cleburne, Texas. He was born July 14, 1930 in Buffalo Springs, Texas to Luther and Ethel (Baxter) Scarber. He served in the Army Air Corps during the Korean Conflict. He married Claudie Mae Wise in 1949. She passed away in 1992. He then married Paula Tibbitts on July 14, 1992 in Cleburne. He was a construction superintendent in commercial construction until his retirement. Mr. Scarber was a member of Calvary Baptist Church.

James was an optimistic soul. He was upbeat about everything. He likes to build wagons that he would then give away. He was a man of strong faith.

Preceding him in death were his parents; both his wives, Claudie Mae and Paula; siblings, Marvin Scarber, Alvin Scarber, Melba Roye, and Johnny Scarber.
Read Less

To send flowers to the family or plant a tree in memory of James Alvin Scarber, please visit our Heartfelt Sympathies Store.

Receive notifications about information and event scheduling for James 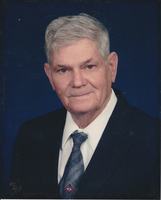