To share your memory on the wall of James Matthews, sign in using one of the following options:

James L. Matthews passed away Saturday, December 21, 2019 in Fort Worth. He was born March 24, 1937 in Johnson County to Lonnie and Lula (Summers) Matthews. James married Mary Ann Cheek on June 20, 1958 in Cleburne. He was an installer for AT&T for 32 years and was of the Baptist faith.

Memorials can be made to Meals on Wheels or Georges Creek Cemetery.
Read Less

To send flowers to the family or plant a tree in memory of James L. Matthews, please visit our Heartfelt Sympathies Store.

Posted Dec 27, 2019 at 08:14pm
James was a friendly, soft spoken man. He was always a gentleman. I am so sorry for the family’s loss. God is so good so just stay close and let him lead. May GOD bless you all.
Comment Share
Share via:
HS

Flowers were purchased and a memorial tree planted for the family of James Matthews. Send Flowers

Posted Dec 23, 2019 at 08:17pm
So sorry Mary Ann! You were special to my Mother! Prayers for you and the family!
Darlene Carlson Jordan
Comment Share
Share via: 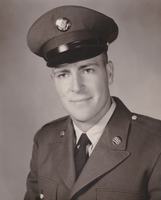