To share your memory on the wall of Ivan Keith Johnson, sign in using one of the following options:

Keith Johnson passed away Monday, December 9, 2019 in Fort Worth. He was born September 25, 1935 in Cleburne to James and Stella Mae (Walker) Johnson. He married Jeaniv Anderson on August 12, 1955 in Cleburne. Keith was a member of Field Street Baptist Church.

In October of 1961, Mr. Johnson joined the First Armory Rifle Battalion of the 144th Infantry in the 49th Armored Division of the Texas National Guard in Fort Polk, Louisiana. He spent 10 months in DeRidder, Louisiana where he was active in the First Baptist Church. In 1962, he returned to Cleburne where he established Johnson’s Transmission Service, which is now owned by his son, Steve.
He and Jeaniv belonged to the Cleburne Curli-Q’s from 1976-1992, and the Satellite Trailer Club in 1979. His hobbies included collecting fine Fostoria Antique glass, making Christmas puzzles of which many he completed by framing them. He was also active in Relay for Life. He was famous for his pecan pies and chocolate candies.

To send flowers to the family or plant a tree in memory of Ivan Keith Johnson, please visit our Heartfelt Sympathies Store.

We encourage you to share your most beloved memories of Ivan Keith here, so that the family and other loved ones can always see it. You can upload cherished photographs, or share your favorite stories, and can even comment on those shared by others.

Ronnie and Vicki Goodman, The Hardy's & Whittenburg's, and others have sent flowers to the family of Ivan Keith Johnson.
Show you care by sending flowers

Posted Dec 12, 2019 at 08:28am
Mrs. Jeaniv, I am so sorry for your loss! Mr. Keith was a really good man! He was always so much fun to be around at Field Street! He was one of the people I always look forward to see ever Sunday!!! I will keep you and your family in my prayers!

Ronnie and Vicki Goodman purchased flowers and planted a memorial tree for the family of Ivan Keith Johnson. Send Flowers

Posted Dec 11, 2019 at 10:22am
Jeaniv....you were my Sunday School teacher at North Cleburne Baptist! I am sad to see this! Thank you for being such a great mentor to us when we were teenagers!
Prayers for you and your family! Darlene Carlson Jordan!
Comment Share
Share via:
TW

Posted Dec 11, 2019 at 09:05am
We are so, so sorry for your loss. Our thoughts and prayers are with your family during this difficult time.

The Hardy's & Whittenburg's purchased the The FTD Living Spirit Dishgarden and planted a memorial tree for the family of Ivan Keith Johnson. Send Flowers

Posted Dec 10, 2019 at 07:01pm
Jeaniv and family, we are so sorry for your loss. Keith always treated us with kindness and respect. He was a true gentleman. Prayers of comfort. 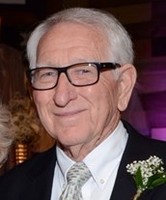