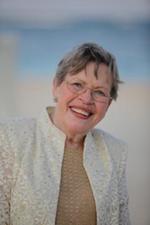 Ms. Frances Louise Swayze, age 86, passed away at her home in Cleburne, Texas on November 12, 2020.
“Fran” to her many friends, “Sissy” to her siblings, and Mom to her adoring daughters and grandchildren, Ms. Swayze was the eighth of 10 children born on August 24, 1934 into the family of Joel Alexander Swayze and Laura Mae Miller in Amarillo, Texas. Even within the family it’s a mystery how she, the 4th daughter, inherited the family sobriquet of “Sissy,” but she wore it well.
Frances was named for her Uncle Johnny Francis Miller, which, as happens, was more than appropriate. She had that old-time cowboy durability of Uncle Johnny; she was tough as a boot. But underneath all that, Fran was always a sweetheart and knew how to stay positive and cheerful through misfortune and setback.
But it won’t be her toughness for which she’ll be remembered. She has been endeared by those who loved her over the years. While her first role in life was as “Sissy,” it was her role as Mom to three daughters, “Aunt Sissy” to numerous nieces and nephews, as well as Mom and “Grandma Sissy” to grandchildren, and “Gigi” to her great grandchildren.
Fran was also more than a sister and a mother. She was a force to be reckoned with in her professional life and left her mark on this world with a long career as a woman in construction. Frances was a leader, serving as a board member of the founding chapter of the National Association of Women in Construction.
Friend and colleague to countless people over the years, and beloved family member, she was adored by all. She earned their love because she returned their love with her time and attention, her care, and her unflappable patience. No matter her own troubles, Sissy had that ability to set them aside and make room for others. She had a welcoming warmth to all who approached her. She knew how to sooth distress and bring back smiles. It was her specialty. That huge heart of hers will be Fran’s lasting legacy. Those fortunate enough to have known her know that is such a special gift, as it has stayed with people.
Especially those she is survived by including her brother Jim Swayze of Utopia; three daughters, Carolyn Dale Fowler Myres (Earl Myres) of Cleburne, Marilyn Gale Fowler Gravelle (Danny Gravelle) of Dallas, and Sharalyn Kale Fowler Pitcock (Bob Pitcock) of Graham; 9 grandchildren; and 18 great grandchildren.
She was preceded in death by her parents Joel Alexander Swayze and Laura Mae Miller, along with sisters Pauline Swayze, Buff Rank, Hazel Hopwood, Joyce Pennington, and brothers John Wesley Swayze, Everett Swayze, Julian “Jay” Swayze and Kenneth “K.C.” Swayze.
Along life’s road, there are few as precious as Frances. She will be missed.
Memorials may be made in honor of Frances Swayze to the following:
Church of Holy Comforter https://www.holycomfortercleburne.org/
Texas Woman’s University Myres CARE Endowment https://pof.twu.edu/
Your favorite no-kill animal shelter