To share your memory on the wall of Floyd Peterson, sign in using one of the following options:

On Thursday morning, June 18th, 2020, Floyd Lester Peterson, beloved husband and father, passed into the presence of the Lord at the age of 87. Floyd was born January 4th, 1933 in Johnson County, Texas to father Roger Peterson and mother Carl (Stanford) Peterson. Following graduation from Cleburne High School in 1952, Floyd enlisted to serve in the United States Army. He worked as a machinist for some time after this, then went back to school and earned his Bachelor of Science degree from East Texas State University to begin a teaching career. Floyd spent many years helping students learn small engine repair and HVAC. His gentle nature also helped him to be a gifted teacher of students in special education.

Floyd married his first wife, Bernelia Allene Davis, in 1967, and shortly after adopted Allene’s young son, Monty Don Peterson, as his own. Floyd and Allene were later divorced. In 1991, friends introduced Floyd to Deborah Lynn (Bolton) Rudolph. He asked her for a dance the night they met, she accepted, and on December 18, 1993, Floyd and Debbie were married. Debbie brought two children into the marriage, Tara and Travis Rudolph.

Some of Floyd’s greatest loves in life were his family and friends, his Goatneck community, boating, and riding motorcycles. He was born into a large family with seven siblings, and throughout his life he remained devoted to family and community. Many weekends he could be found with his wife and friends eating out or dancing to country music. Floyd also loved the Lord and called First United Methodist Church in Glen Rose his church home. His faith was evident through his kindness and patience, which blessed everyone who spent time with him.

Floyd is survived by his wife Deborah (Bolton) Peterson; son Monty with grandchildren Mason and M.J.; step-daughter Tara (Clarke) Woodall with grandchildren Rebekah and Ezra; and step-son Travis (Emily) with grandchildren Charlotte and Henry. Floyd will also be fondly remembered by many cousins, nieces, and nephews. He was predeceased by his parents, Roger and Carl; his brothers: Roger, Benjamin, Oliver, and Daniel Peterson; and his sisters: Hazel Boone, Freda Harringsma, and Selma Nugent.

The service can be viewed on You Tube by going to the Crosier-Pearson Cleburne page.
Read Less

To send flowers to the family or plant a tree in memory of Floyd L. Peterson, please visit our Heartfelt Sympathies Store.

Receive notifications about information and event scheduling for Floyd

We encourage you to share your most beloved memories of Floyd here, so that the family and other loved ones can always see it. You can upload cherished photographs, or share your favorite stories, and can even comment on those shared by others.

Love and sincerest condolences, Paddy and David and Ben Millice and Family sent flowers to the family of Floyd L. Peterson.
Show you care by sending flowers

Flowers were purchased for the family of Floyd Peterson. Send Flowers

Posted Jun 19, 2020 at 02:13pm
Debbie, Tara and Travis, David and I are thinking of and praying for you all, and thanking God for Floyd's life and his blessings on you.

The FTD Comfort Planter was purchased and planted a memorial tree for the family of Floyd Peterson. Send Flowers 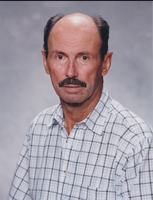