To share your memory on the wall of Earl Hadley, sign in using one of the following options:


Earl Wayne Hadley passed away Wednesday, November 4, 2020 in Fort Worth. He was born March 27, 1946 in Oklahoma City, Oklahoma to Eugene Wilmoth and Matilda Jane (Harcom) Hadley. He was a member of Broken Pieces Ministries. Earl Wayne Hadley was as unique as they come. He will be remembered for his passion and ability to say exactly what needed to be said. He was without varnish and gave generously to others in need.

To send flowers to the family or plant a tree in memory of Earl Wayne Hadley, please visit our Heartfelt Sympathies Store.

Receive notifications about information and event scheduling for Earl

We encourage you to share your most beloved memories of Earl here, so that the family and other loved ones can always see it. You can upload cherished photographs, or share your favorite stories, and can even comment on those shared by others.

Posted Nov 06, 2020 at 10:38pm
Many great memories growing up sharing my childhood life with the Hadley's! Wayne will be missed! So very sorry I couldn't attend the services!

Flowers were purchased for the family of Earl Hadley. Send Flowers

Posted Nov 06, 2020 at 07:03pm
From David & Kimberly Hadley - in loving memory of a great man. We will miss you and know we will see you again.. with love to your entire family. 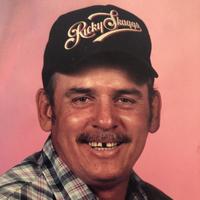