To share your memory on the wall of Douglas Webb, sign in using one of the following options:

Douglas served in the U.S. Army during the Viet Nam War and received the Bronze Star with Valor for Heroism in Action against enemy forces. He worked offshore for Halliburton Oil Field Service in Louisiana for 10 years and was an underwriter for Ameristar Insurance Company in Texas for 12 years.

Douglas enjoyed spending time outdoors, working on small projects. He enjoyed tinkering on his toys and to his family he was a master “McGyver”. He loved his Pepsi-Cola and his Reese’s Peanut Butter Cups. Douglas lived life to the fullest and was very kind and generous
to so many people over the years. He will be dearly missed.

To send flowers to the family or plant a tree in memory of Douglas Roger Webb, please visit our Heartfelt Sympathies Store.

Receive notifications about information and event scheduling for Douglas

We encourage you to share your most beloved memories of Douglas here, so that the family and other loved ones can always see it. You can upload cherished photographs, or share your favorite stories, and can even comment on those shared by others. 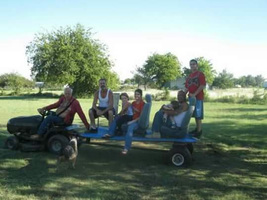