To share your memory on the wall of Dorothy Christy, sign in using one of the following options:

Dorothy Christy passed away Sunday, August 30, 2020, in Fort Worth. She was born January 25, 1941 in Lamar County, Texas to Edgar and Virginia Neola (Farris) McClain. She married Donald Christy on June 2, 1962 in Sterley, Texas. Dorothy was a seamstress for Walls Industries. She was a member of Bethel Temple of Cleburne.

To send flowers to the family or plant a tree in memory of Dorothy Jo Christy (McClain), please visit our Heartfelt Sympathies Store.

Receive notifications about information and event scheduling for Dorothy

We encourage you to share your most beloved memories of Dorothy here, so that the family and other loved ones can always see it. You can upload cherished photographs, or share your favorite stories, and can even comment on those shared by others.

Bill, Toni, and Teresa Lamb purchased flowers and planted a memorial tree for the family of Dorothy Christy. Send Flowers

Posted Sep 01, 2020 at 07:07pm
I remember your laugh, your bright red hair, driving to see you and Uncle Donald and kids in Lockney, Tx and then in Cleburne, Tx. I remember fun times that actual were some sad times, because we were family and family gets through things together. I remember you quit smoking, I was proud of that, and we had you around so much longer because you did. I will miss you, even tho I didnt see you as much as I liked. Loved ya. Tell my Uncle Donald how much he is missed and loved also. Until we see each other again....🌹❤
- Your Niece, Stephanie Christy
Comment Share
Share via: 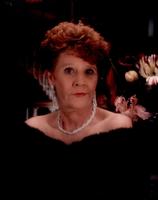