To share your memory on the wall of Danny Rogers, sign in using one of the following options:

Danny Randall Rogers was born January 19, 1954 in Cleburne, Texas to Margaret Helen Earley Rogers and Tommy Dale Rogers. He was called to heaven by his Lord and Savior on Monday, October 26, 2020 in Cleburne, Texas after a long hard-fought battle with cancer.

Danny graduated from Cleburne High School in 1972, married his high school love, Donna Carrie Bandy on July 28, 1972, and began attending Baylor University in August of 1972. He graduated from Baylor in August of 1975 with a Bachelor of Business Administration degree. He was certified as a Certified Public Accountant on May 19, 1980.

Danny and Donna moved home to Cleburne where he worked in the accounting department of Rangaire Corp. and as a CPA for Estes Accounting firm. Later he became Controller for Cleburne Management Company, working for the Rebstock family until Charlie Rebstock retired. At that time, he went to work as a CPA for Gilliam, Wharram, and Co., until his retirement in December 2019.

In August of 1989 he surrendered to God’s call on his life to serve as a Bi-vocational Minister. He began attending Southwestern Baptist Theological Seminary in the spring of 1990, graduating in 1997 with his Master of Divinity Degree. He was Licensed to the ministry by Friendship Baptist Church on November 17, 1991 and Ordained by Lone Willow Baptist Church on March 14, 1993.

During these years from 1991 until 2017 he pastored several local rural churches: Lone Willow Baptist Church, Peoria Baptist Church in Hill County, Living Proof Baptist Church, and Lebanon Baptist Church. Danny felt a strong calling to minister to the smaller churches and loved serving the Lord there.

He is survived by his wife of 48 years, Donna Rogers; 2 sons, Randy Rogers, wife Chelsea of New Braunfels, and Dr. Adam Rogers, wife Amanda of Plano; three granddaughters, Isabel, River, and Rainey Rogers; two brothers, Johnny Rogers of Granbury and Steve Bowden, wife Trista, of Arlington; and step-dad, Lloyd Bowden of Cleburne. Along with many other family members and friends.

He was preceded in death by his mother, father and a granddaughter.

The family would like to express their love and appreciation to the nurses and staff of Elara Hospice; special nurses Shellee’ and Elizabeth, Caring Senior Services, special caregiver, Hannah, and to Crisis Care nurses with No Place Like Home, Julie and Wesley; and to all the people and friends and churches that have prayed for Danny and Donna through this journey.

In lieu of flowers, if so desired, memorials may be given to the American Cancer Society research for kidney cancer, CASA of Johnson County, or the charity of your choice
Read Less

To send flowers to the family or plant a tree in memory of Danny Randall Rogers, please visit our Heartfelt Sympathies Store.

Receive notifications about information and event scheduling for Danny

We encourage you to share your most beloved memories of Danny here, so that the family and other loved ones can always see it. You can upload cherished photographs, or share your favorite stories, and can even comment on those shared by others.

Monica Martinez and Sharon Burton, Earl and Wanda Bandy, and other have sent flowers to the family of Danny Randall Rogers.
Show you care by sending flowers

Posted Oct 29, 2020 at 01:09pm
From 2 Granddaughters of JR and Jewel Rogers 2 of Wanda Rogers Brooks daughters with deepest Sympathy and Love

Monica Martinez and Sharon Burton purchased the The FTD Deepest Sympathy Arrangement for the family of Danny Rogers. Send Flowers

Posted Oct 29, 2020 at 09:24am
Please accept our most heartfelt sympathies for your loss... Our thoughts are with you and your family during this difficult time.

Posted Oct 28, 2020 at 10:29pm
Sent with love and remembrance. On behalf of the Texas Baptist Bivocational and Small Church Association

Posted Oct 28, 2020 at 09:34am
Wishing you peace to bring comfort, courage to face the days ahead and loving memories to forever hold in your hearts.

Terri and John Taylor purchased flowers and planted a memorial tree for the family of Danny Rogers. Send Flowers 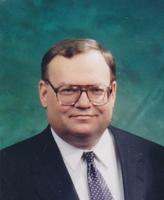