To share your memory on the wall of Danny Petty, sign in using one of the following options:

Danny is preceded in death by his parents, Dolores and Roy Petty and step daughter, Amber Dawn Petty Cummings.

Danny Petty leaves behind many friends and neighbors who will miss his presence, his work ethic, his sense of humor, and the ability to go to him with anything without judgment. Danny, you will be greatly missed.
Read Less

To send flowers to the family or plant a tree in memory of Danny Clark Petty, please visit our Heartfelt Sympathies Store.

Receive notifications about information and event scheduling for Danny

Print
Memorial service will be at a later date.

We encourage you to share your most beloved memories of Danny here, so that the family and other loved ones can always see it. You can upload cherished photographs, or share your favorite stories, and can even comment on those shared by others.

Love Peggy and Phillip Meuir sent flowers to the family of Danny Clark Petty.
Show you care by sending flowers

Posted May 04, 2020 at 10:21am
With heartfelt condolences, God Bless You all during this time. May you find peace and comfort in the Lord. 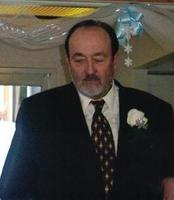