To share your memory on the wall of Janet Marshall, sign in using one of the following options:

Provide comfort for the family of Janet Marshall with a meaningful gesture of sympathy.

Janet L. Marshall passed away Thursday, September 19, 2019 in Fort Worth. She was born February 11, 1947 in Decatur, Illinois to Richard and Betty A. (Weybright) Pygott. Janet married Roy Eugene Marshall on April 19, 1975 in Decatur, Illinois. She worked in the cafeteria for Joshua ISD with over 20 years of service and was an Avon Representative for 35 years.

Janet is preceded in death by her parents and sister Sharon Pygott.
Read Less

We encourage you to share your most beloved memories of Janet here, so that the family and other loved ones can always see it. You can upload cherished photographs, or share your favorite stories, and can even comment on those shared by others.

Tammy Branscum, James Whitley & Yvonne May, and others have sent flowers to the family of Janet L. Marshall.
Show you care by sending flowers

Posted Sep 21, 2019 at 01:54pm
We are so sorry for your loss. May she fly with the Angels. Condolences, Rodney and Tammy Branscum, Kim Wheeler.

Tammy Branscum purchased the The FTD Comfort Planter for the family of Janet Marshall. Send Flowers

The Mauzey Family purchased flowers for the family of Janet Marshall. Send Flowers

John and Janice Jordan purchased the The FTD Living Spirit Dishgarden for the family of Janet Marshall. Send Flowers 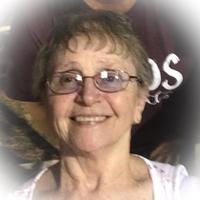