To share your memory on the wall of Reverend Martha Wingate, sign in using one of the following options:

Provide comfort for the family of Reverend Martha Wingate with a meaningful gesture of sympathy.

Print
Reverend Martha Jean (Bryant) Wingate age 86 passed peacefully on August 13, 2019 at Heritage Trails in Cleburne Texas where she had been a resident and volunteer Chaplin for four years.

Martha Wingate was born on October 7, 1932 in Terr... Read More
Reverend Martha Jean (Bryant) Wingate age 86 passed peacefully on August 13, 2019 at Heritage Trails in Cleburne Texas where she had been a resident and volunteer Chaplin for four years.

Martha Wingate was born on October 7, 1932 in Terry Mississippi to parents Tola Sr. and Mamie Bryant. Martha was 1 of 8 Bryant siblings- lovingly referred to as “The Great 8” by the Bryant Descendants. Martha married James H. Wingate on May 18, 1950. They were married until his death on July 24, 1998. Martha remained a widow, focusing her energies on faith, family and ministry.

Reverend Wingate began ministry as a lay Pastor and Bible teacher at First Church of the Nazarene in Wilmington, NC. The family moved to Cleburne Texas in 1975- where she continued ministry involvement at The Nazarene Church in Cleburne for many years. Deeper studies and spiritual urging led her to Eastern Heights Charismatic Church in the early 80’s. During her membership years at EHC, she volunteered in many ministry functions and in her later years was on staff as Pastor of Restoration and Deliverance Service’s. Martha was a voracious reader who studied the Bible and related books with an amazing ability to rapidly learn as well as teach others. She was Founder and Director of Restoration of the Heart Counseling Ministries. She also authored a Restoration and Deliverance Training Manual as well as several study guides. She was initially ordained by Love Outreach Fellowship in Summit, Mississippi then later at Eastern Heights Church of Cleburne, Texas. In addition to Bible School; she attended a multitude of seminars and training conferences on spiritual issues. She was particularly learned in the areas related to Christian Counseling as well as Restoration and Deliverance. In addition to local ministry, Martha has preached and ministered in multiple states in the US as well as Canada and Mexico. Rev Wingate and her ministry team leave behind a large legacy of people who are now living a life of freedom and empowerment through the power of the Holy Spirit.

Visitation will be at Crosier-Pearson Cleburne Funeral Home at 6:00-8:00 Thursday, August 15, 2016.
Services will be at The Heights Church 1315 Grandview Hwy, Cleburne Texas at 2:00 P.M Friday, August 16, 2019 Pastor Stephen McCoy will be officiating. Internment will follow at Rio Vista Cemetery.
Read Less

We encourage you to share your most beloved memories of Reverend Martha here, so that the family and other loved ones can always see it. You can upload cherished photographs, or share your favorite stories, and can even comment on those shared by others.

Posted Aug 15, 2019 at 08:19am
Our thoughts and prayers are with your family during this difficult time.

Flowers were purchased for the family of Reverend Martha Wingate. Send Flowers 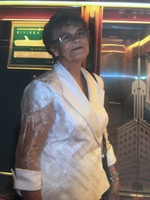 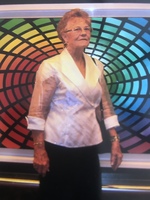 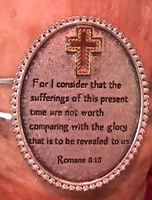